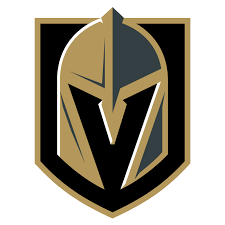 Honestly, it’s not even their fault but they have no idea what it’s like to suffer through the dark, weary bottom of the league days that many NHL fans have experienced. They have just joined the league and some how already have a really good hockey club. It’s absolutely absurd. No heartbreak. No Anguish. No disappoint. No jerseys thrown onto the ice. None of it. All smiles and hand shaking in the city that never sleeps.

As a young Leaf fan I have pretty much seen it all when it comes to being bad. Several years of not making the playoffs and even a last place finish to top it off in the 2015-2016 season, Leaf fans were finally in for a good break.

With the first pick in the 2016 NHL Entry Draft, The Toronto Maple Leafs select Auston Matthews from Zurich SC in the Swiss-A Elite League.

And just like that a star was born in Toronto. But you can see why this angers me. We had to battle through such tough years where we weren’t good enough to make the playoffs but not bad enough to get a top lottery pick. Being in the middle of the pack is honestly worst than coming dead last, no doubt. At least with last place your draft lottery odds are the highest so you have a strong chance to receive the first overall pick. The Leafs seem to be back on the right track though with a good mix of young talent and veteran players all looking for their opportunity to get back to the playoffs and compete for the hardest trophy in sports.

Back to Vegas though. I mean just look at what these guys have been able to do this year. They have the second best record in the ENTIRE LEAGUE! Their home record is 18-2-2 which is actually ridiculous to even think about. I guess all the boys from other teams are out partying the night before, so the home ice advantage in Vegas is that much more beneficial. They currently sit only 1 point back of Tampa Bay for the #1 spot in the league and they lead their division by 10 points. It’s not even fair. They just find ways to win hockey games. They are 4th in the league in goals for, 6th in the league in goals agasint and they have used 4 strings of goaltenders over the entire season.

It’s like the island of misfit toys, all the players either teams could live without or didn’t want to pay the big bucks to have ended up in Las Vegas. Now they are all out for revenge, playing with a chip on their shoulder, proving all the teams that gave up on them that they clearly made the wrong decision. 6 of their players have over 30 points with Jonathan Marchessault leading the way at 42 (16G, 26A). Not only that but their goaltending has been amazing. Marc-Andre Fleury, Malcolm Subban, Oscar Dansk and Maxime Legace have combined for 30 wins in 45 games started. They have also carried a combined 0.919 Save Percentage and a 2.44 Goals Against Average. This team scores, they have good goaltending, they play an entire 60 minute game and they drive me completely off the wall. Their fans have been blessed with a winning franchise, something that teams take years to find. It’s preposterous, inhumane and just outright annoying. Enjoy it while you can Golden Knights fans cause not every season is this perfect.